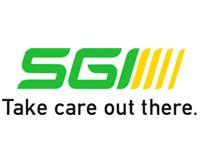 On Oct. 1, 2022, penalties for stunting and racing will increase in Saskatchewan, following changes to The Traffic Safety Act.

Stunting and racing are dangerous behaviours and are a growing concern in Saskatchewan. These risky behaviours can have serious and often life-threatening consequences. We are confident these increased penalties will be a deterrent for those who choose to race or stunt, with the goal of making our roads safer for everyone.

On Oct. 1, 2022, penalties for stunting and racing will increase in Saskatchewan, following changes to The Traffic Safety Act.

The penalties for street racing are also increasing and will escalate for repeat offences within a one-year period:

The definitions for stunting and racing have also been updated in The Traffic Safety Act.

Prior to the new penalties, a ticket for street racing resulted in an immediate, 30-day vehicle impoundment, while repeat offences for stunting resulted in a three-day impoundment. The second phase of the legislation change, which will be introduced at a later date, will implement both 30-day vehicle impoundments and immediate seven-day license suspensions for stunting, racing and exceeding the speed limit by more than 50 km/h or by more than double the posted limit.